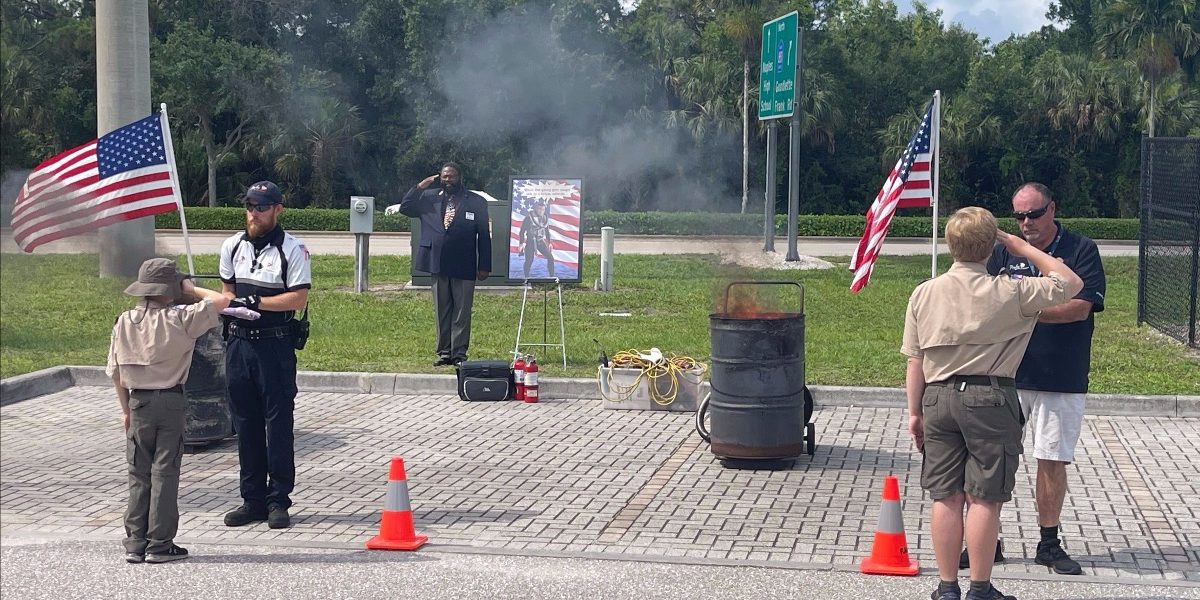 Stepping up for the Stars and Stripes

The Naples Airport Authority (NAA) staff proudly joined with our community to recognize both Flag Day and the Fourth of July holiday.

Flag Day with the Boy Scouts

Naples-area Boy Scouts commemorated Flag Day by holding a solemn flag retirement ceremony at Freedom Park on June 12. Airport team members worked with the scouts to respectfully and carefully incinerate flags that were worn from the elements. The ceremony included reading aloud the names of service members who fought to defend the U.S. flag in past conflicts.

Fourth of July parade and fireworks

Airport staff joined representatives from Naples Airport nonprofits Civil Air Patrol and the Experimental Aircraft Association Naples Youth Aviation Project to walk in the City of Naples Fourth of July parade on July 3. Also rolling along the parade route was ARFF truck #3, driven by City of Naples firefighters who waved to the crowds. Parade attendees and participants appeared to have double the fun celebrating our nation’s birthday this year as events were canceled in 2020 due to COVID-19 restrictions. The NAA also proudly sponsored the City’s evening fireworks show on July 4.