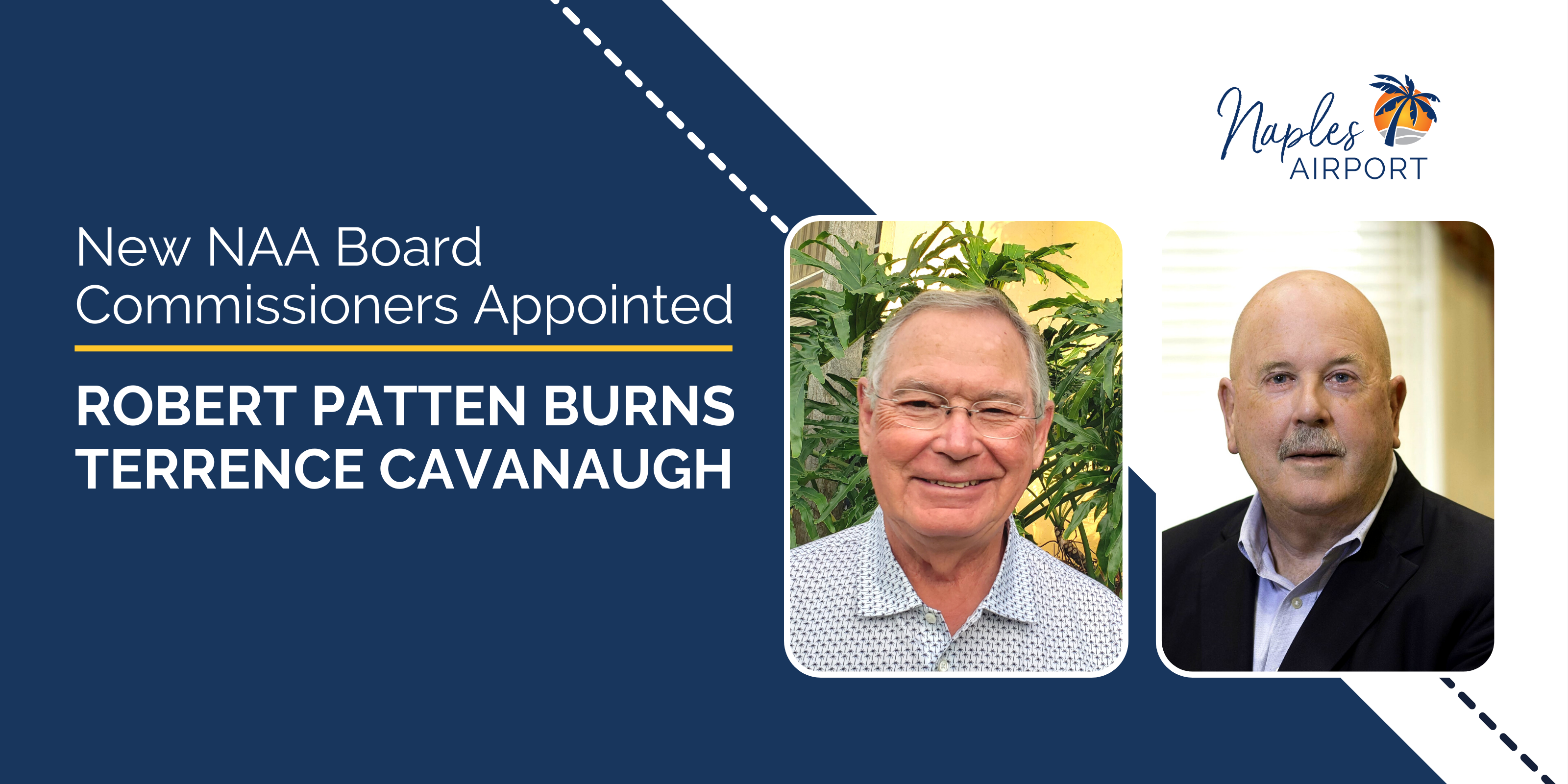 Burns is retired after a long and distinguished career as an architect and urban planner serving as CEO of a statewide affordable housing real estate development company in Iowa. Mr. Burns is also an Iowa Army National Guard veteran and has served on the board of several non-profit organizations in Iowa. He is also a rules official of the Iowa Section of the PGA of America. He recently served on the board of the Old Naples Association.

Cavanaugh is the founder and managing partner of Accretive Consulting, an executive coaching firm. Prior to this Mr. Cavanaugh had a 40-year career in the insurance industry with Chubb Group and as CEO of Erie Insurance Companies. He has also served on the board of the Florida Lions Eye Clinic and volunteers at the St. Vincent DePaul Society- Naples Council.

The Naples Airport Authority would like to recognize Commissioners Donna Messer and Michael Lenhard for their years of service to the airport and the community and wish them well as they complete their terms.

The board is comprised of five citizen volunteers who are appointed by the Naples City Council to four-year terms to govern the Naples Airport Authority. Board of Commissioners meetings are held monthly at Naples City Hall; they are open to the public and available for online viewing through the city’s website.