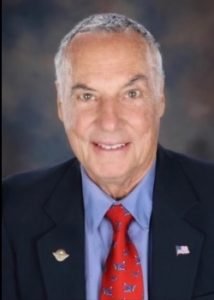 The NAA commissioners and staff are saddened by the recent passing of Ted Brousseau Jr., who served on the City of Naples Airport Authority board of commissioners from 2016 to 2020.

Commissioner Brousseau was passionate about aviation and was a certified private pilot since 1964. He was honored by the Federal Aviation Administration (FAA) in 2015 with the Wright Brothers Master Pilot Award. Named after the Wright Brothers, the first US pilots, it is the most prestigious award the FAA issues to certified pilots. It recognizes individuals who have exhibited professionalism, skill, and aviation expertise for at least 50 years while piloting aircraft as “Master Pilots”.

Learn about services for Commissioner Brousseau and more about his life and legacy here.