Noise and Land Use Compatibility Study 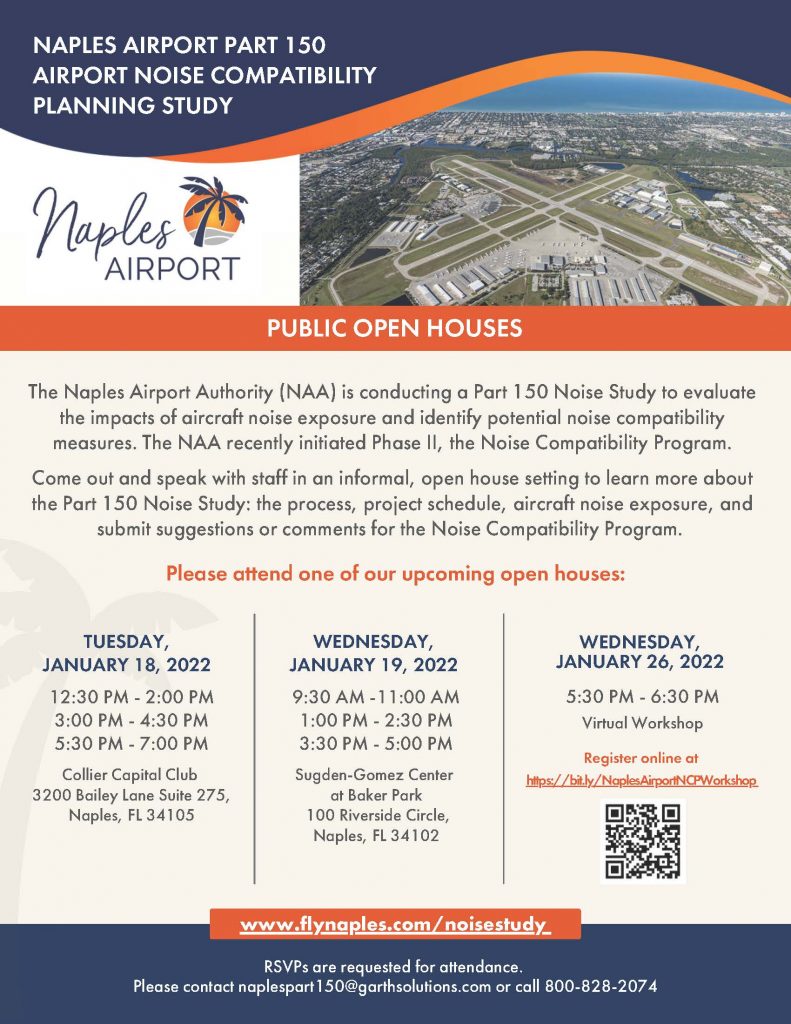 On December 9th, the Federal Aviation Administration (FAA) issued a formal letter of compliance for the Naples Airport’s Part 150 Study Noise Exposure Map (NEM) Report.  The FAA determination of compliance for the NEM signals the completion of the first phase of the Part 150 Noise Study.  The NEM report depicts the features and land uses that surround an airport within various sound levels.  The full report and FAA compliance letter are available on our website: https://flynaples.com/noisestudy/part-150-noise-study-documents/.

The NAA began Phase II, the Noise Compatibility Program (NCP), in November.  Recognizing the Airport’s role as an advocate for the community, the NAA decided to fund the NCP at its own expense, rather than wait for possible FAA grant funds, which could have resulted in a significant delay.

The purpose of the NCP is to identify and evaluate potential noise mitigation and abatement alternatives to address community concerns, while preserving the safety and the operational capabilities of the airport. The NCP will also include an implementation plan of recommendations for FAA approval.

Naples Airport Authority is conducting a Part 150 Noise Study, a voluntary study to assess its noise compatibility planning. The Noise and Land Use Compatibility Update provides a structured approach for airport operators, pilots, neighboring communities, and the FAA to evaluate opportunities to address community concerns regarding noise exposure while preserving safety and operational capabilities of the airport. The last FAA-approved Part 150 Noise Study was completed more than 20 years ago (1997). An update was prepared in 2010, but it was not submitted to the FAA for approval since it would not have resulted in meaningful reductions in noise exposure. 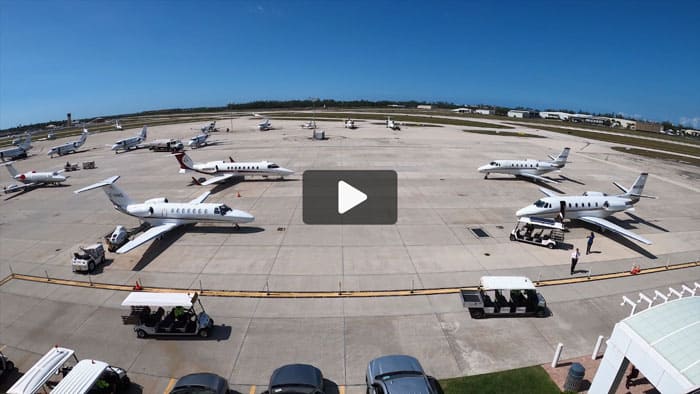 This includes creating Noise Exposure Maps (NEMs) and a Noise Compatibility Program (NCP). The NEMs show community exposure to certain levels of existing and future noise and identify uses that are noncompatible with those levels. The NCP recommends ways to address or reduce those noncompatible uses while preserving aviation safety and airport operational abilities.

Public participation and feedback are critical components of the Part 150 Noise Study and the community is strongly encouraged to remain engaged throughout the process. Public meetings, hearing and community presentations were held throughout the Noise Exposure Map phase of the study and will continue throughout the Noise Compatibility Program.  Anyone needing additional information about the study is encouraged to contact the Community Outreach Manager, Zachary Burch at 239-643-0733 or zburch@flynaples.com.

We will add you to our list to receive updates about the Part 150 study and other important airport information. Scroll to the bottom of this page to sign up for emails.