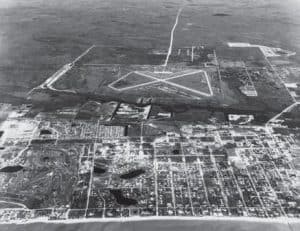 1942 – Construction of airport begins on land jointly purchased by the City of Naples and Collier County. The City and County lease the airport to the federal government during World War II for use as a military airport.

1943 – Naples Airdrome opens as an Army Air Corps base.

February 1989 – FAA publishes Record of Approval (ROA) for Part 150 Noise Compatibility Program (NCP), which approves the addition of the following major elements to the noise program: 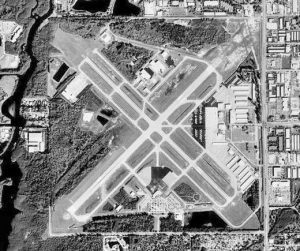 May 1999 – NCC recommends that the NAA adopt a 24-hour ban on non-emergency Stage 2 jet operations.

November 2000 – NAA adopts by resolution the proposed 24-hour ban on all Stage 2 jet aircraft operations, with the exception of air ambulance and emergency operations.

October 2001 – FAA approves the Part 161 Study but alleges Stage 2 ban violates grant assurance that “the airport will be available for public use on reasonable conditions and without unjust discrimination” and begins Notice of Investigation under CFR Part 16. 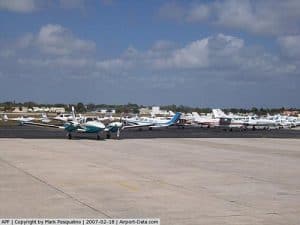 September 2010 – NAA submits 2010 and 2015 NEM update to FAA. Part 150 study process finds there is no basis for modifying existing NCP, since no measures have been identified in study process that offer improved opportunity for noise compatibility. 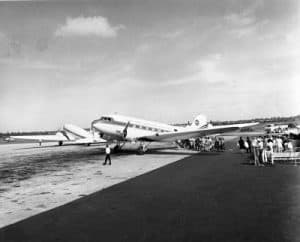 study; NAA votes to terminate Part 150 update and to focus remaining study resources on improving the effectiveness of existing, FAA-approved noise abatement measures, and on pursuing formal instrument procedures that will guide aircraft along preferred corridors at the highest feasible altitudes.

2013 – Sequestration halts the Metroplex project and FAA priorities are re-evaluated.

2015 – FAA initiates Central/South Florida Metroplex project, involving 51 airports including Naples, which may have provided an opportunity to increase the departure hold.

August 2021 – NAA creates multiple seasonal contour maps to show community impacts outside of average annual calculations.  The following maps have been shared with the FAA:

December 2021 – FAA determines that the NEM submitted by the NAA is in compliance with Part 150 regulations, signaling the completion of the first phase of the noise study.