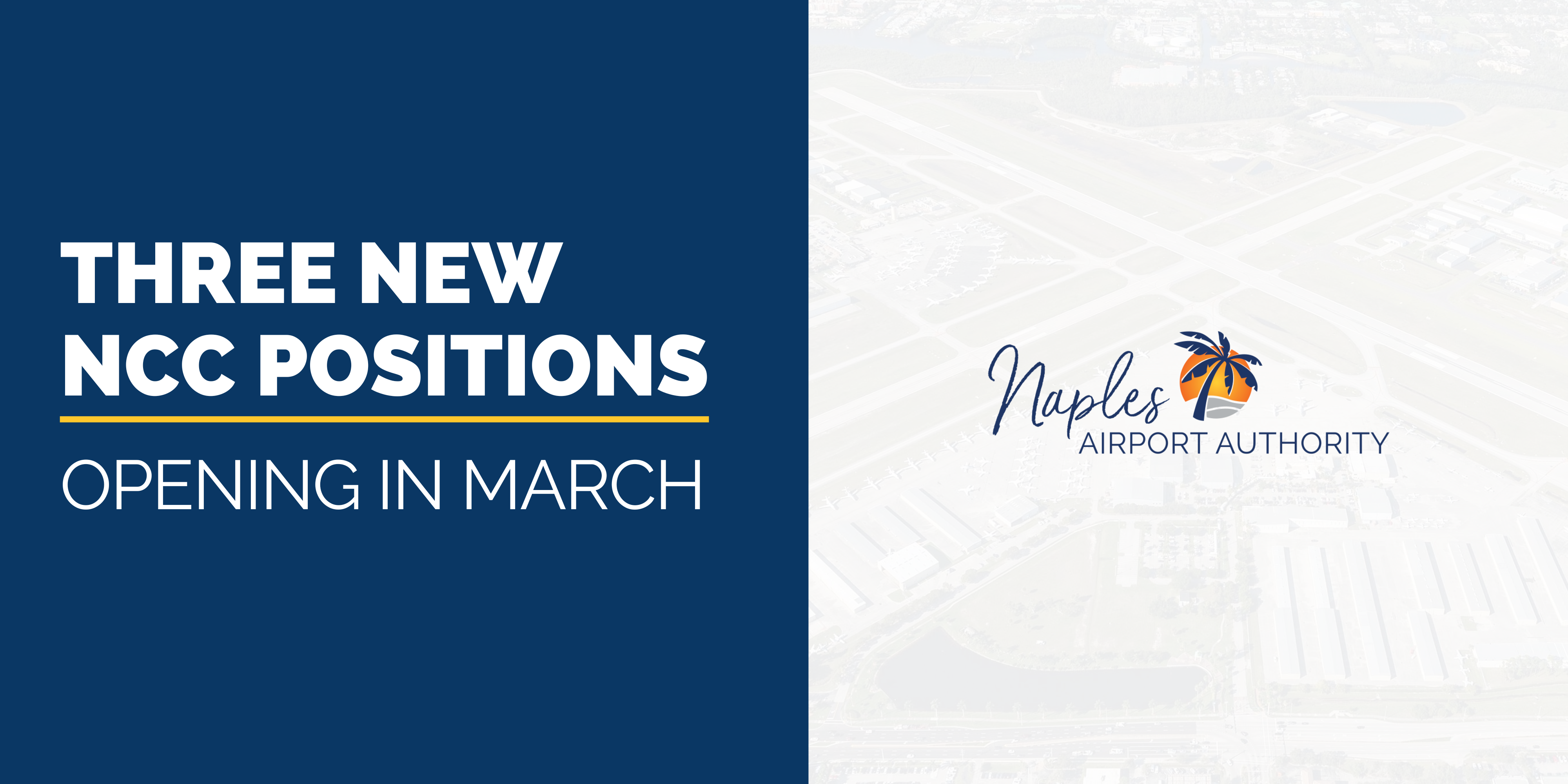 The NAA is seeking three volunteers to serve on the Noise Compatibility Committee (NCC) to fill the following seats:

All applicants must be electors in Collier County, Florida.

The Committee is charged with studying airport noise compatibility methods and recommending programs toward the resolution of noise complaints to the NAA. The Committee meets at least three times a year. The selected applicants will serve through March 2027, effective upon appointment by the City of Naples Airport Authority Board of Commissioners.

Public interviews of candidates will be conducted at the Regular Meeting of the City of Naples Airport Authority scheduled for March 16, 2023, at 8:30 AM, in Council Chambers at City Hall.

Applications are available here  and can also be mailed to 160 Aviation Drive North Naples, FL 34104. For more information or to submit an application, contact Zachary Burch, Community Outreach and Communications Manager, at 239-643-0733 or zburch@flynaples.com.