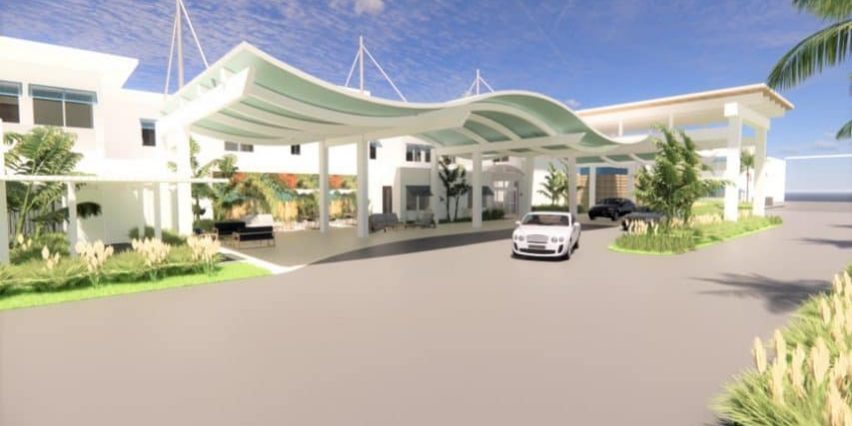 The Naples Airport Authority has begun undertaking an extensive remodel of the General Aviation Terminal at the Naples Airport to enhance the customer experience, as well as first impressions of the community for visitors and returning residents upon landing in Naples. Work on the terminal starts May 31.

Naples Aviation provides fuel, parking and other services to aircraft and other operators. Renovations to the Naples Aviation facility within the General Aviation Terminal will include an upgraded lobby, expanded passenger lounge and a marketplace for food and drink. The project will also provide roadway improvements, additional exterior canopies and upgraded office space for the Naples Airport Authority.

“By modernizing our facility, we are able to provide additional services and amenities that our customers are accustomed to,” said Christopher Rozansky, executive director of the Naples Airport Authority. “We are also excited to bring a coastal modern vision to life with elements of the Naples Pier and wave-like canopies, features that quickly remind you why people are attracted to Southwest Florida in the first place.”

The terminal improvements were designed by SchenkelShultz Architecture and are being built by Owen-Ames-Kimball Co. The $7.6-million project is entirely funded by airport revenues, without the use of any local tax dollars. 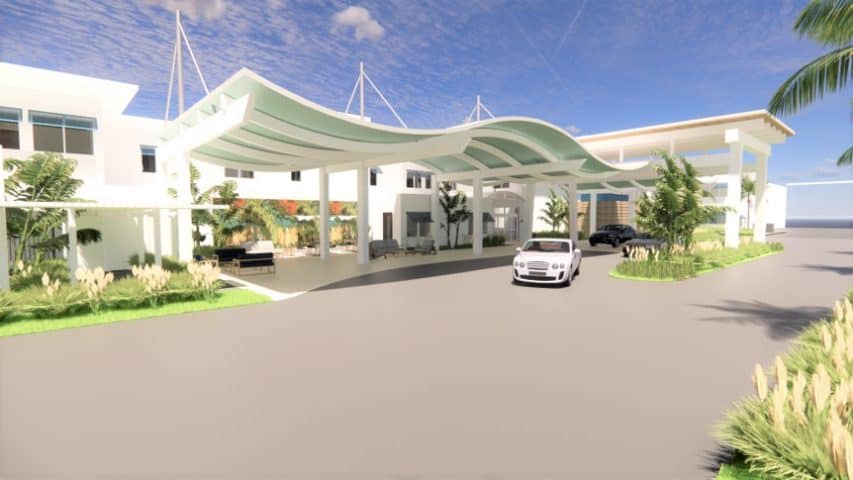 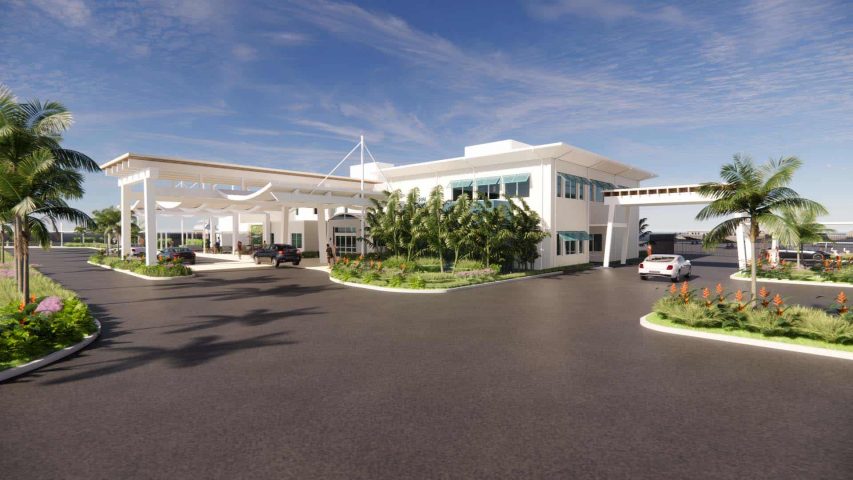 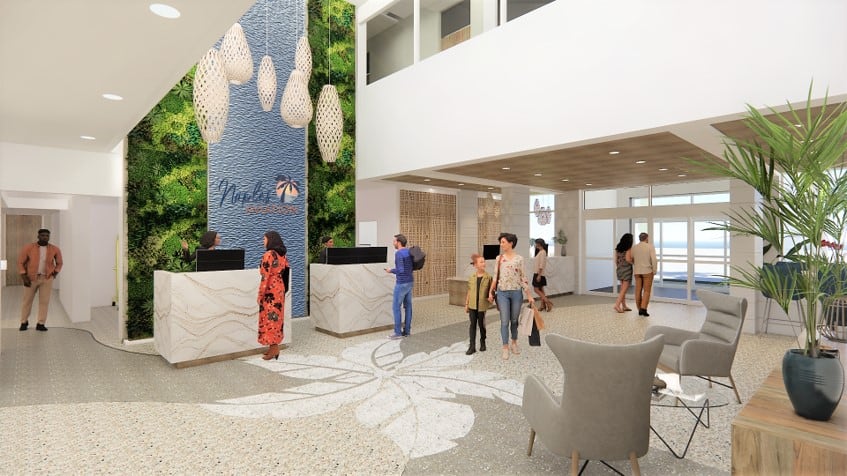 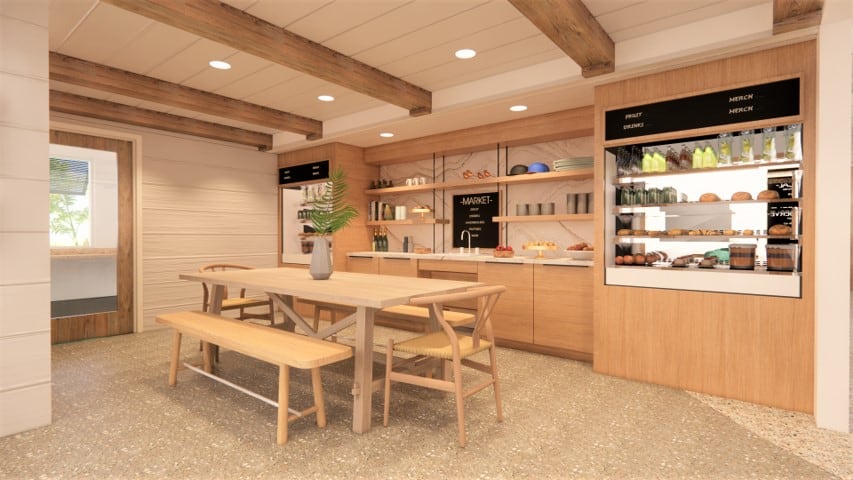 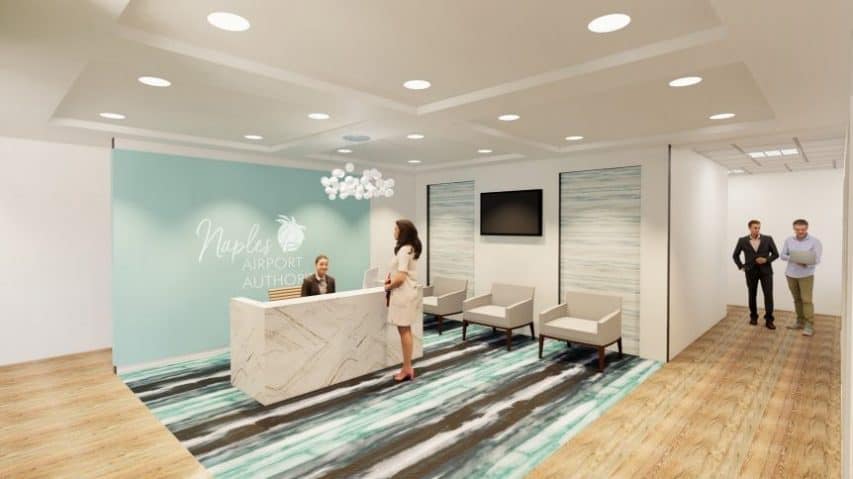 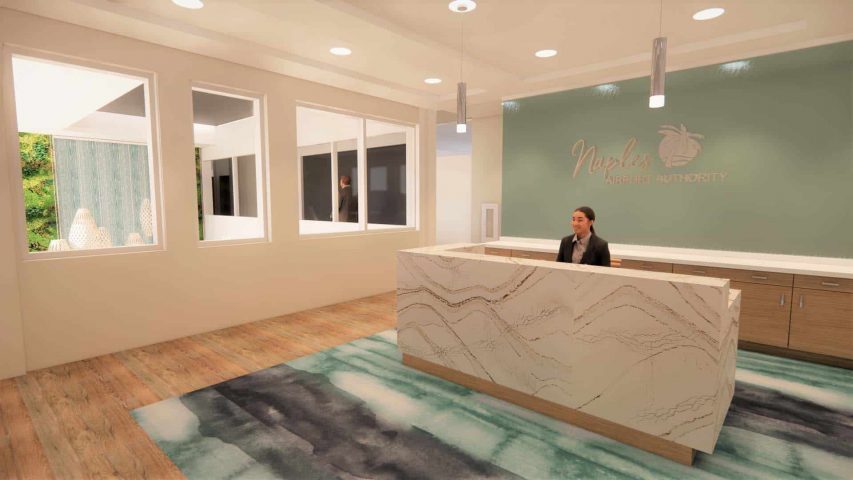