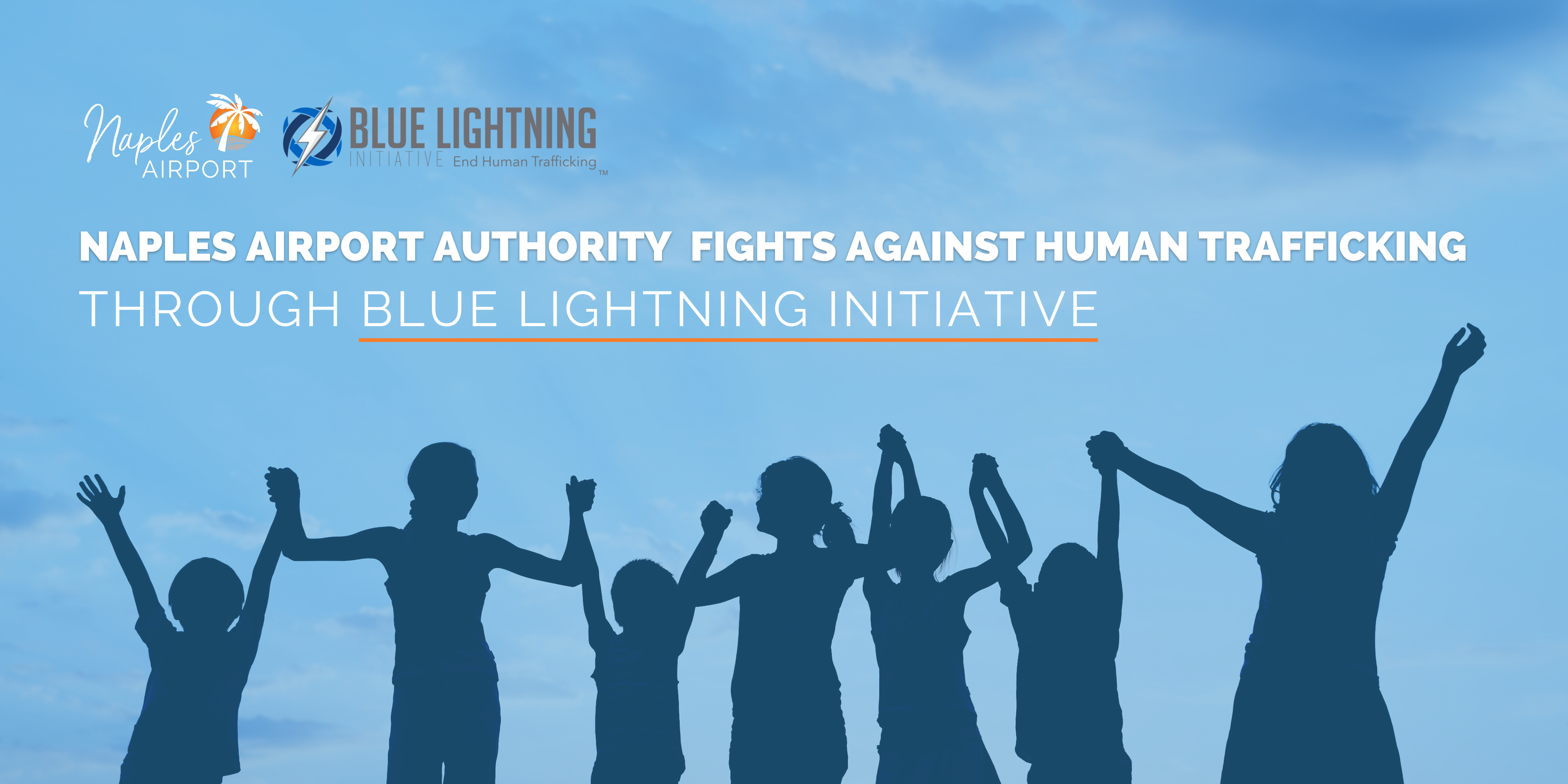 With January being National Human Trafficking Prevention Month, we want to share how we are doing our part to fight against human trafficking. We are proud to announce that we have partnered with the Blue Lightning Initiative, alongside the US Department of Transportation (DOT) and the U.S. Customs and Border Protection (CBP) to combat this global issue.

The Naples Airport becomes the third airport, and first general aviation airport, in Florida to partner with the Blue Lightning Initiative. Through the partnership Naples Airport staff will receive increased training about the pervasiveness of human trafficking, how to detect it, and the methods of elimination.

“It is our duty as an airport to do our part to promote awareness and join the fight against this global criminal activity,” said NAA Executive Director, Chris Rozansky.

The Blue Lightning Initiative (BLI) is an element of the Department of Homeland Security (DHS) Blue Campaign, led by the DOT and Customs and Border Protection. The BLI trains aviation personnel to identify potential traffickers and human trafficking victims, and to report their suspicions to law enforcement. To date, more than 200,000 aviation industry personnel have been trained, and actionable tips continue to be reported to law enforcement.