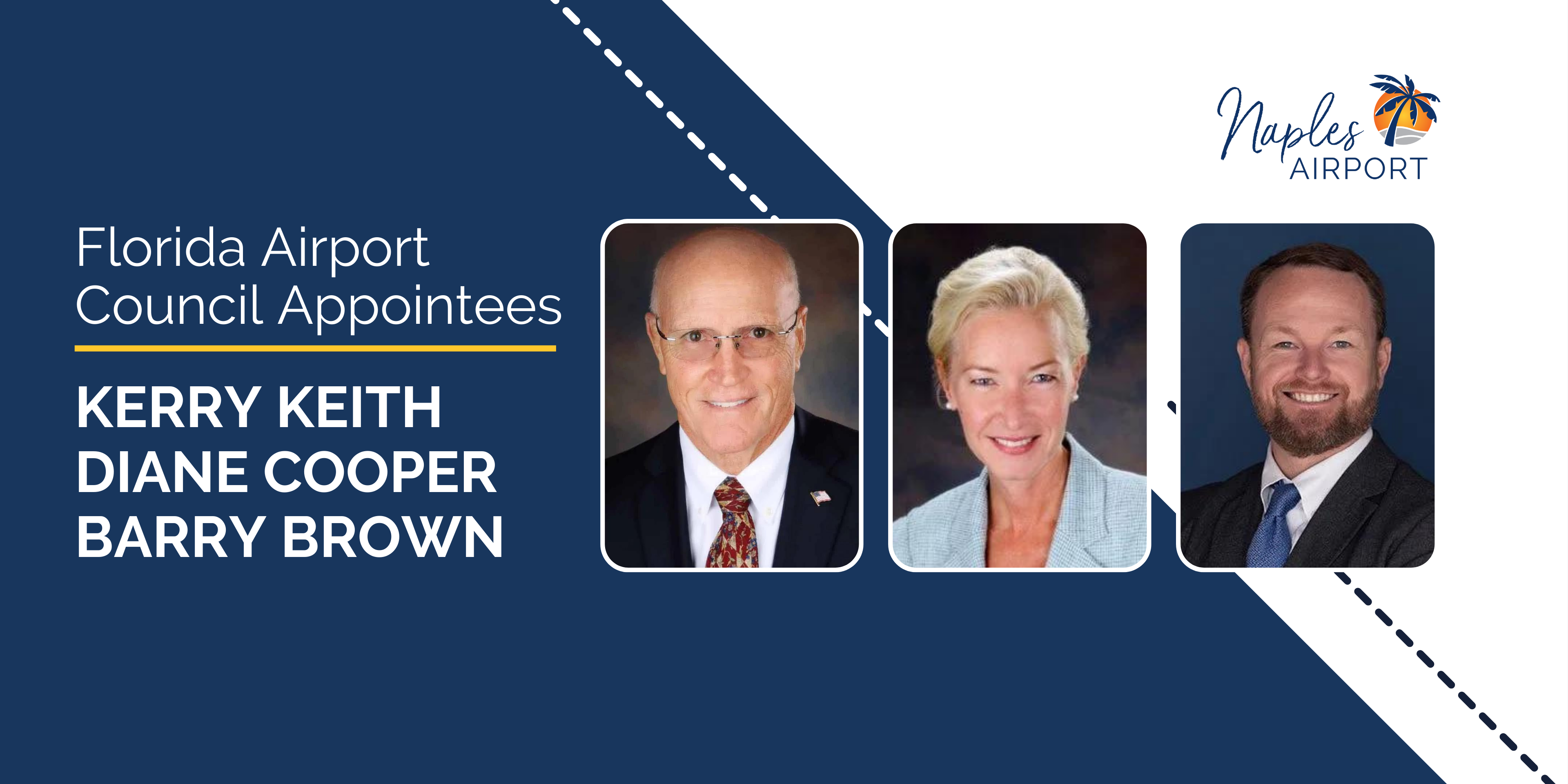 Kerry Keith, the Senior Director of Development at the Naples Airport Authority (NAA) has been elected as the 2022-2023 Chairman of the Florida Airports Council (FAC). The FAC is the official association of public airports in Florida and the professionals who operate them. It is considered by industry leaders to be one of the premier airport organizations in the nation.

“It is a great honor to lead this association and this esteemed group of aviation leaders,” said Keith. “Aviation is such a critical part of Florida’s economy, which is why FAC remains committed to ensuring the future of safe, efficient aviation in our state.”

Mr. Keith has been a member of the FAC Board since 2015. The focus of FAC for the next year will be safety policies, aviation funding, taxation and FAA reauthorization. He also serves as the Chair of the Continuing Florida Aviation System Planning Process Statewide Steering Committee, which was created by the Federal Aviation Administration and the Florida Department of Transportation in order to maintain a safe and viable aviation environment.

In addition, Diane Cooper, Naples Airport Authority Deputy Executive Director, was elected Chair of the FAC Noise Abatement and Community Affairs Committee. The committee facilitates best practice and information sharing between airport noise abatement professionals and public information specialists throughout the state. Ms. Cooper has been a member of the committee since 2015 and continues to be an advocate for the community with regard to aircraft operations and noise.

Share This Article
August 18, 2022
Recent News
Go to Top
The Airport will return to regular operations on Saturday 10/1.
Read more
This is default text for notification bar
Learn more