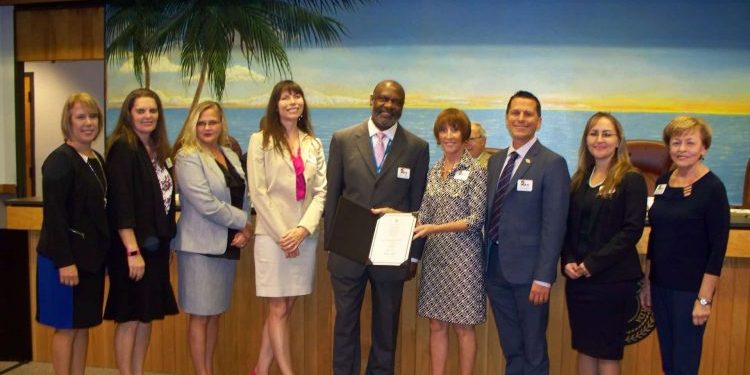 Naples Airport Authority has been honored with its 12th consecutive Certificate of Achievement for Excellence in Financial Reporting by the Government Finance Officers Association of the United States and Canada for its Comprehensive Annual Financial Report for fiscal year 2016-2017. The Certificate of Achievement is the highest form of recognition in the area of governmental accounting and financial reporting, and its attainment represents a significant accomplishment.

Director of Finance and Administration Norris Langley took over responsibility of the Airport Authority’s Comprehensive Annual Financial Reports for Sheila Etelamaki, who retired in July 2017.
The GFOA, a nonprofit professional association serving approximately 17,500 government finance professionals, assembled an impartial panel to judge this year’s submitted CAFRs. Judges reviewed submissions against the program’s high standards, which include demonstration of a constructive “spirit of full disclosure” to clearly communicate its financial story and motivate potential users and user groups to read the CAFR. Naples Airport Authority’s CAFR is available for download at www.flynaples.com/airport-information/financial-information.