The new ARFF is a state-of-the-art facility that replaces the airport’s original fire station that was built in 1989. The $5.8 million facility, jointly funded by the Naples Airport Authority and FDOT, was built to the highest standards and specifications of the fire service with special attention paid to airfield response requirements. While the primary focus of the station is fire and emergency response within the airport, the new location also provides improved access to the surrounding community that will decrease response times and continue to improve safety within the City of Naples.

The facility was built to withstand a Category 5 hurricane to ensure continuity of service, as well as serve as an emergency operations center to assist with Collier County response efforts.

The completion of the ARFF further solidifies the existing partnership between the Naples Airport Authority, City of Naples and City of Naples Fire-Rescue Department, and exemplifies their shared commitment to safety.

Naples Airport is ideally located within minutes of downtown Naples, the Gulf of Mexico and I-75, connecting people to the Paradise Coast through an exceptional airport experience. The airport serviced 104,479 annual operations in the last fiscal year, while being an engaged, responsive partner to the community. Home to flight schools, air charter operators, car rental agencies, and corporate aviation and non-aviation businesses, the airport is also a central location for public services, including fire/rescue services, mosquito control, the Collier County Sheriff’s Aviation Unit and other community services. 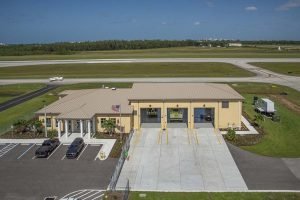 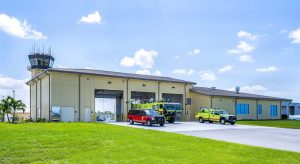 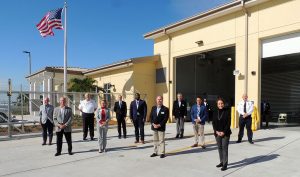 Elected Officials in Front of the ARFF 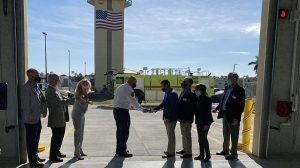