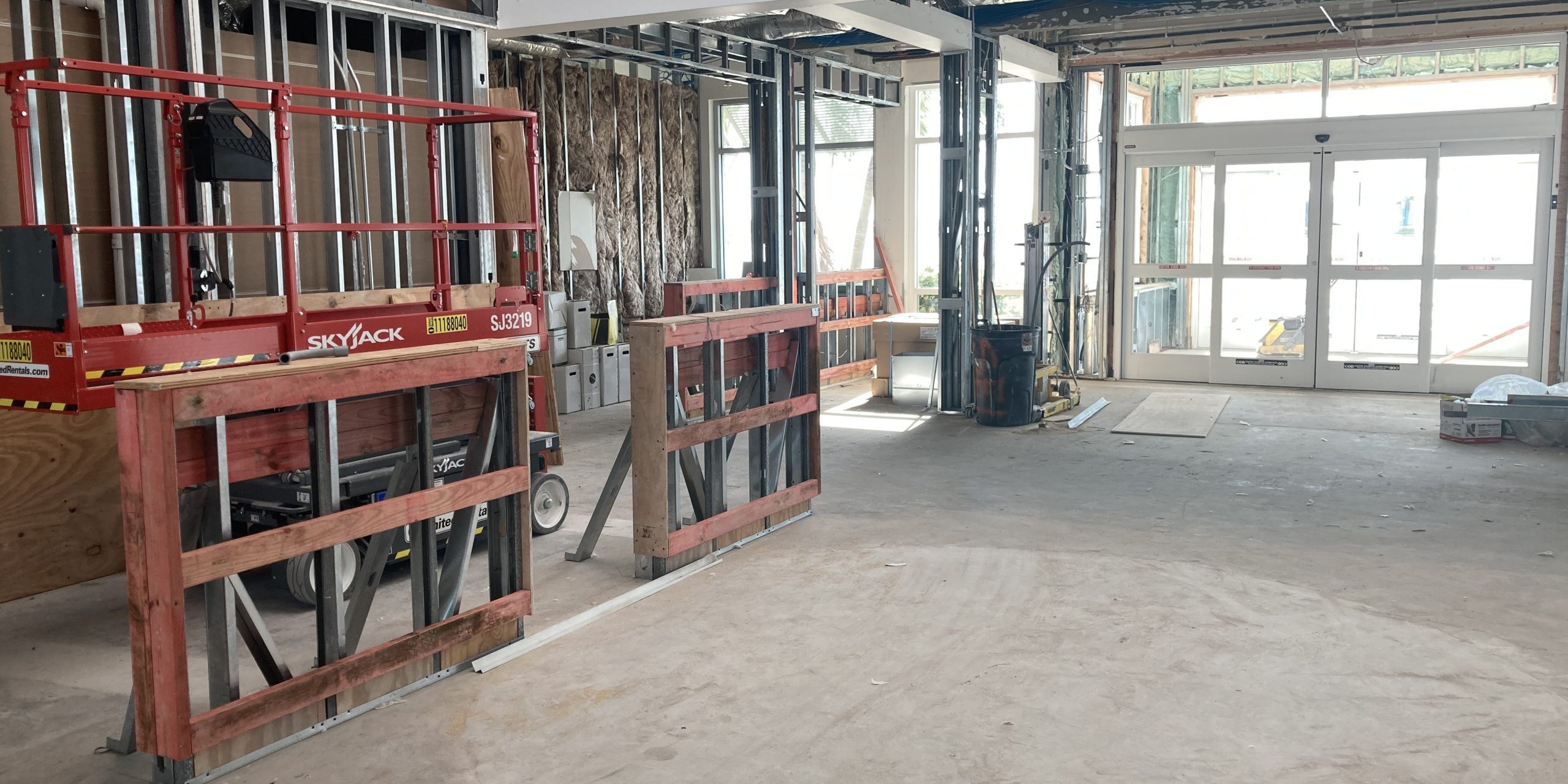 Making Progress on the

The Naples Airport’s General Aviation Terminal remodel project continues to progress on time and on budget. The Naples Airport Authority and its partners have been temporarily relocated to other parts of the airport, and contractors Owen-Ames-Kimball Co. have been hard at work since late May.

Change is happening quickly for the facility, both inside and out. The General Aviation Terminal’s exterior canopies have been removed and parking in front of the terminal remains closed for construction staging. Interior walls have been demolished and rebuilt, and work is underway to develop signature elements like the marketplace, an expanded passenger lounge and an indoor living wall. The end result will be a modern and efficient terminal that provides upgraded customer amenities and a memorable Southwest Florida feel.

The terminal remodel is being conducted in the summer months to minimize impacts on our customers. We look forward to sharing the completed facility with you later this year!