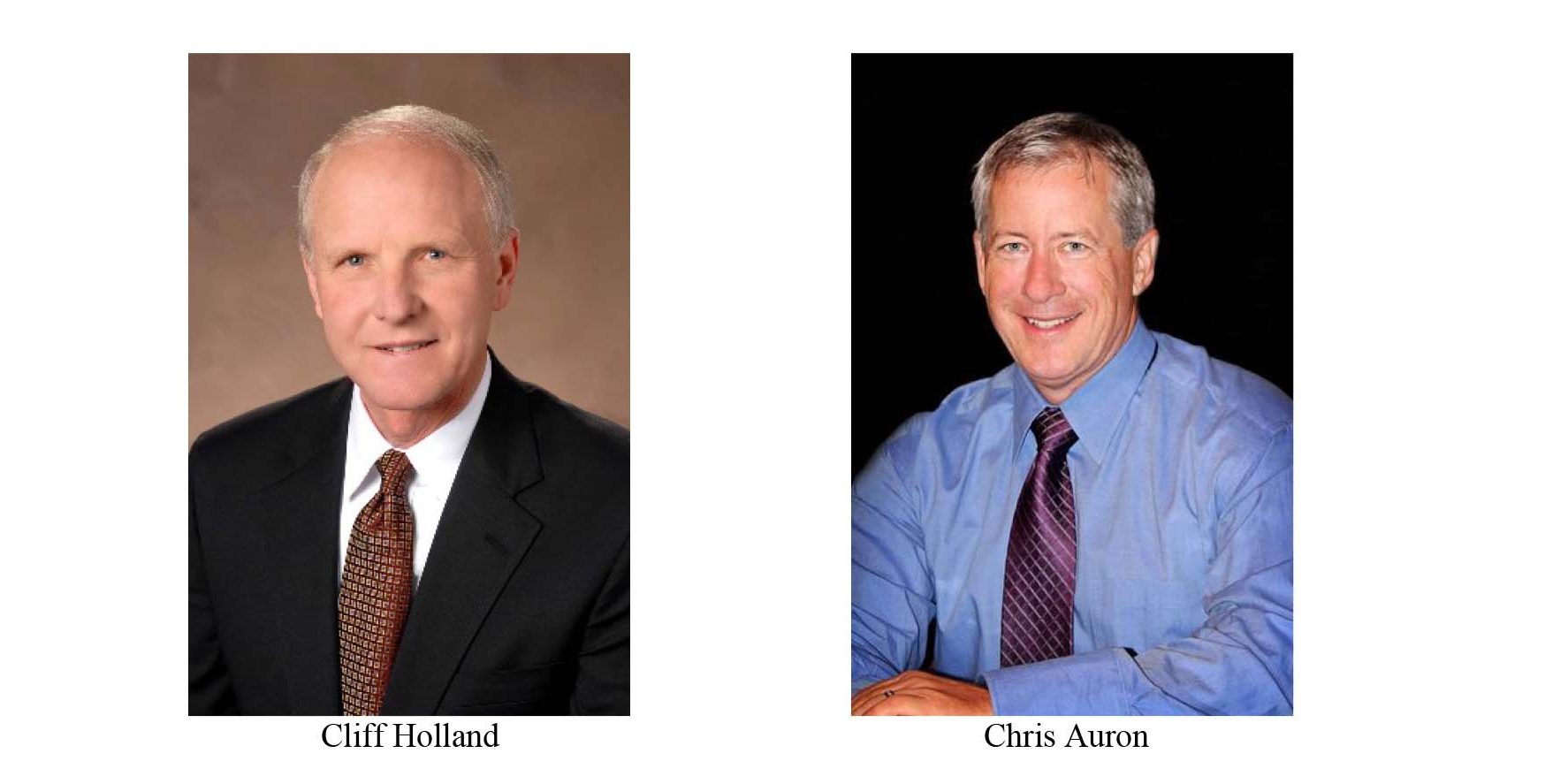 The Naples Airport Authority Noise Compatibility Committee elected Cliff Holland chair and Chris Auron vice chair for the coming fiscal year. The committee helps monitor the impact of aircraft noise and makes recommendations about noise-mitigation procedures for consideration by the City of Naples Airport Authority Board of Commissioners, which appoints members.

Retired after 37 years of employment with Johnson & Johnson, Holland served as corporate vice president, responsible for worldwide government affairs and policy organization. Prior to this role, Holland was worldwide president of two Johnson & Johnson operating companies in medical devices and diagnostics. He has been a Naples resident since 2014 and is serving his second term in the city-at-large position on the NCC.

A Naples resident since 2011, Auron is a senior software engineer and project manager at Prognos, a health care artificial intelligence company based in New York. Auron has a reputation for communicating complex technical ideas into generally understood concepts. He served in the United States Air Force for 10 years maintaining F15 avionics and later in the Arizona Army National Guard operating satellite communication systems. Auron holds a bachelor’s degree in aviation technology from Embry-Riddle Aeronautical University. Appointed to the NCC in March 2019, he represents the geographic area northwest of the airport.

The NAA and NCC launched the “Please Fly Safe Fly Quiet” campaign in 2012 to encourage pilots and aircraft operators to do all they can to minimize aircraft noise. The campaign encourages pilots to observe the airport’s recommended 10 p.m. to 7 a.m. quiet hours, which is currently at 98% compliance, as well as follow noise mitigation initiatives, such as using the full runway length for takeoffs and landings, observing “keep-it-high” landing procedures and quieter departure techniques, adhering to preferred flight paths, and using idle reverse thrust.

Naples Airport is ideally located within minutes of downtown Naples, the Gulf of Mexico and I-75, connecting people to the Paradise Coast through an exceptional airport experience. The airport serviced 112,800 annual operations in the last fiscal year, while being an engaged, responsive partner to the community. Home to flight schools, air charter operators, car rental agencies, and corporate aviation and non-aviation businesses, the airport is also a central location for public services, including fire/rescue services, mosquito control, the Collier County Sheriff’s Aviation Unit and other community services.