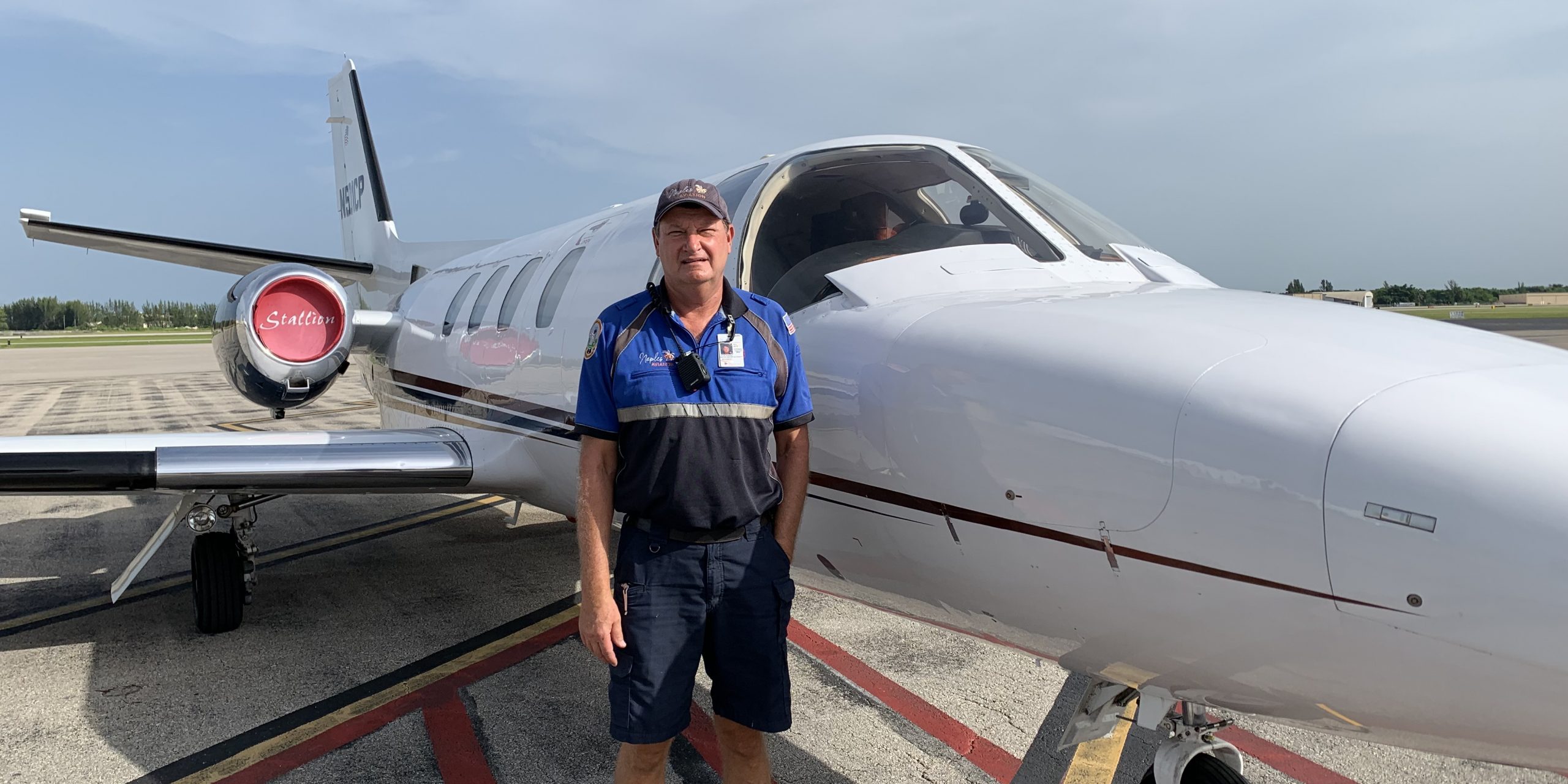 Board of Commissioners as the

NAA’s Employee of the Quarter

The Naples Airport Authority prioritizes delivering service excellence to our customers. Bill Swineheart, a Line Technician at Naples Aviation, consistently goes above and beyond to help the airport meet this goal and this is the reason he was recognized as the Airport’s Employee of the Quarter during the Board of Commissioners meeting on August 19, 2021.

Since Bill began his career with the NAA in 2016, he has maintained a high level of professionalism. His efforts became even more apparent during the busy season, which ran longer than normal during one of the airport’s busiest years ever.

“Bill has been an excellent employee since his early days at the NAA, embodying what it means to be a part of a team with a willingness to do what it takes to get the job done,” said Mike Hushek, FBO Manager. “His positive attitude has been an important influence on everyone he works with in Airport Operations, especially with those recently hired.”

Bill has consistently applied an excellent work ethic in his role, and it’s no surprise that he received this same award in February 2017. His focus on improving processes and enhancing safety led to an important change when Naples Aviation was temporarily relocated this summer. He observed that line technicians were repeatedly climbing in and out of fuel trucks to access the security reader on Vehicle Gate 2S. Based on his recommendation, the airport implemented an easier way to access the gate, reducing the increased risk of injury and saving precious time for the NAA’s very busy Operations staff.

Bill steps up to assist both external and internal customers, recognizing and filling gaps where needed. He often receives positive comments from customers.

Congratulations, Bill. Thank you for everything that you do for the NAA!