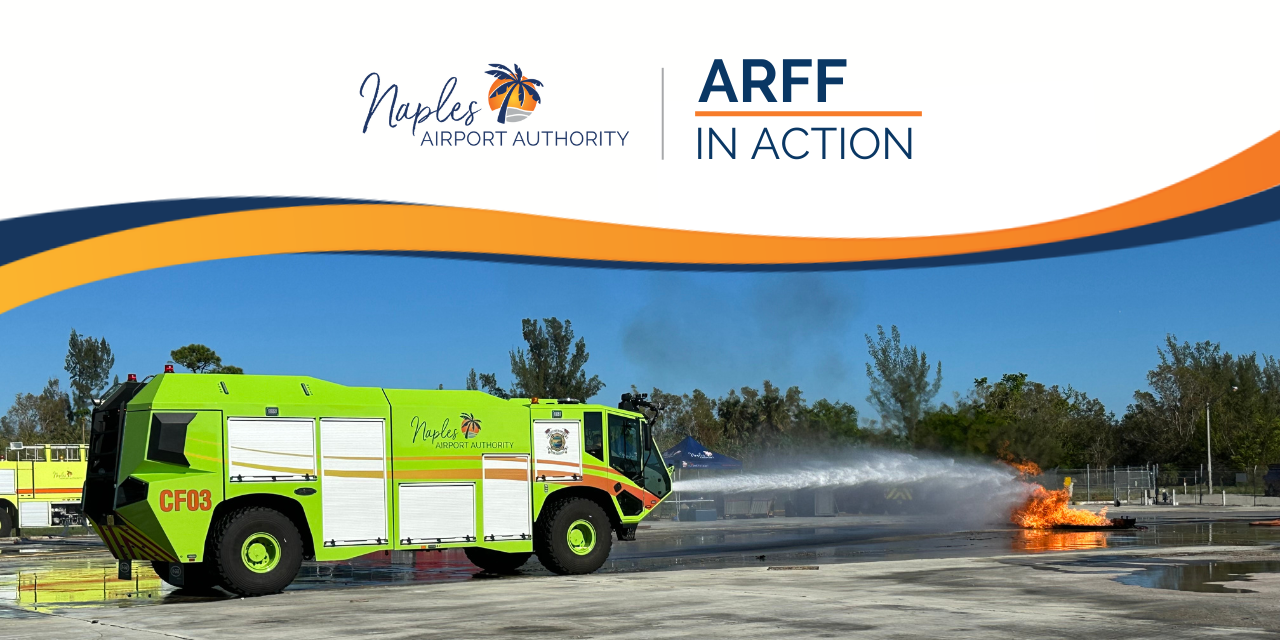 The dedicated firefighters at the ARFF station have been busy recently.

On October 24, firefighters from the ARFF responded to an out-of-control fire in the industrial park across from the airport. ARFF personnel joined firefighters from Greater Naples, North Collier and City of Naples Fire Departments to contain the fire that was burning at a scrap metal recycling facility. Thanks to their combined efforts, the fire was contained and prevented from spreading to any other businesses. 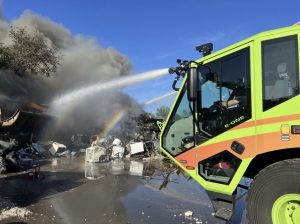 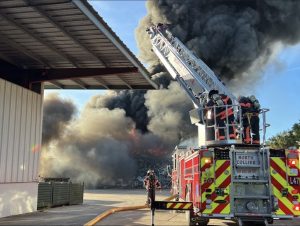 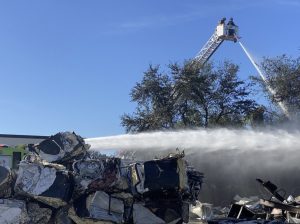 Later that week, the Naples Airport was proud to host fire crews from the ARFF, City of Naples, Greater Naples, North Collier, and City of Marco Island Fire Departments for a live fire training exercise at the airport. Hundreds of firefighters from these departments had the opportunity to practice their skills on a simulated burning aircraft. These types of combined exercises not only sharpen the skills of all personnel, but they also continue to foster the sense of cooperation between departments. 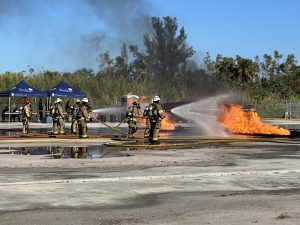 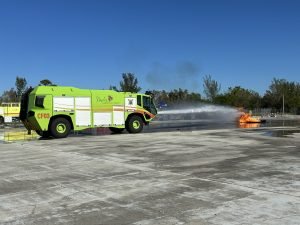 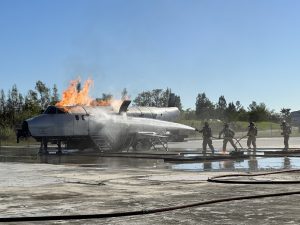